My creative work through photography and writing has been published by international publications such as Rolling Stone Magazine, Vagabundo Travel Magazine, Mot Mag and Scoop Independent News. I have also been featured in an interview by Atlas Sliced and submitted several images to National Geographic Travel. Tourism Australia has also featured my work on their Instagram, Facebook and Twitter accounts, garnishing attention from an audience of over three million with each post. Below are some links to my publications and submissions. 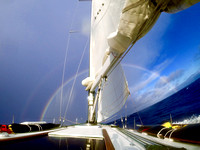 The Great Pacific Garbage Patch, also known as the Pacific Trash Vortex, is made up of large patches of marine debris. These huge spinning debris clusters are reported to be as big as twice the size of Texas and consist of materials ranging from plastic bottles to refrigerators and commercial fishing nets. View more.

So much of what we consume and produce is made with plastic. While it may be an effective, hygienic material that's cheap to produce, it also has a ton of environmental consequences. Plastic and sustainable fashion have a complicated relationship. View more. 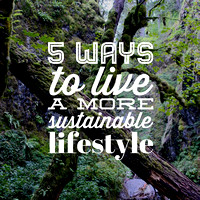 If you've read the news lately, you've probably seen the proposed cuts to the US Environmental Protection Agency, the dismantling of energy efficiency programs, rollbacks on drilling regulations, and the repeal of a law preventing mining companies from dumping coal in streams. We can't rely on the government to protect our environment. Personal commitments to conservation and the reduction of greenhouse gas emissions are now more important than ever. Here are five easy ways to contribute. View more.

How 100 Live Events Companies Banded Together to Become Pandemic Responders

When the COVID-19 pandemic first struck the live events industry and put all concerts, sports games, and other mass gatherings out of action, three production companies got together to figure out ways they could spend the downtime helping healthcare workers. Their efforts have quickly evolved into a nationwide coalition of thousands of event workers supplying essential supplies. View more.

Bali, Indonesia is a magical place known as the land of a thousand temples. It definitely lives up to its name, as you can find hundreds of temples strewn along the dramatic coastline or tucked away in remote regions. Many people choose to visit Bali each year to see these remarkable temples. Some are drawn to its paradise appeal, and some are on a mission to find the perfect beaches or unearth the incredibly coveted waves that don’t seem to have an end. Whatever your reason for choosing to visit, make sure that you take some time to stray from the well-worn path. View more.

Perth might be one of Australia’s lesser-known destinations, but don’t let the lack of popularity fool you. This idyllic city is located in Western Australia, which doesn’t attract as many tourists because of its distance from east coast and the fact that it’s practically uninhabited. During my ten-day stint, I stayed in a town called Cottesloe just outside of Perth, but only one hundred meters from the ocean. Even though my stay was short and I was tempted to overindulge in the laid-back beach lifestyle, I had enough time to explore some of Perth’s most fascinating spots. View more.

Cambodia: A Country Still in Turmoil

Amidst the bustling streets, dusty roads, whistles, horns, and panic resulting from disorganized traffic lays the multifaceted city of Phnom Penh. The capital of Cambodia integrates an interesting combination of culture, tourism and poverty, along with a strange sense of western influence. View more.

The job market in the U.S. sucks. Australia’s job market is better. On today’s episode slice, I’ve got Alison Brown here, who is not only a talented photographer, but is on a working holiday visa in Australia. In early 2012, she packed up her things in San Francisco and flew to Australia with a one-way ticket. It was a risk, but it all paid off in the end. View more.

The view over Whitehaven Beach from a helicopter. The tide was out when this image was taken, giving the view a more contrasted effect.

Captured an image of kangaroos along a beach at sunrise off the coast of Queensland, Australia.

This image was taken from a high speed wooden boat while we were zipping through one of the narrow passageways of Inle Lake, Myanmar.

Mù Cang Chải, located in Northwestern Vietnam, is a rural area that's home to Hmong hill tribes and stunning rice terraces. This image was taken at the end of September in 2016, right before the the October harvest season.

Flying high via helicopter over the swirling sands of the Hill Inlet in Whitsundays, Queensland. This breathtaking part of Queensland looks pretty darn impressive from the air, so if you're looking for a place to take that bucket-list helicopter flight, this is it.

Cape Hillsborough in Queensland is also business as usual for the resident population of kangaroos and wallabies. Just a short drive from Mackay, this area is home to a gorgeous protected beach, great hiking trails and a range of beach huts, villas, campsites and cabins at the tourist park.